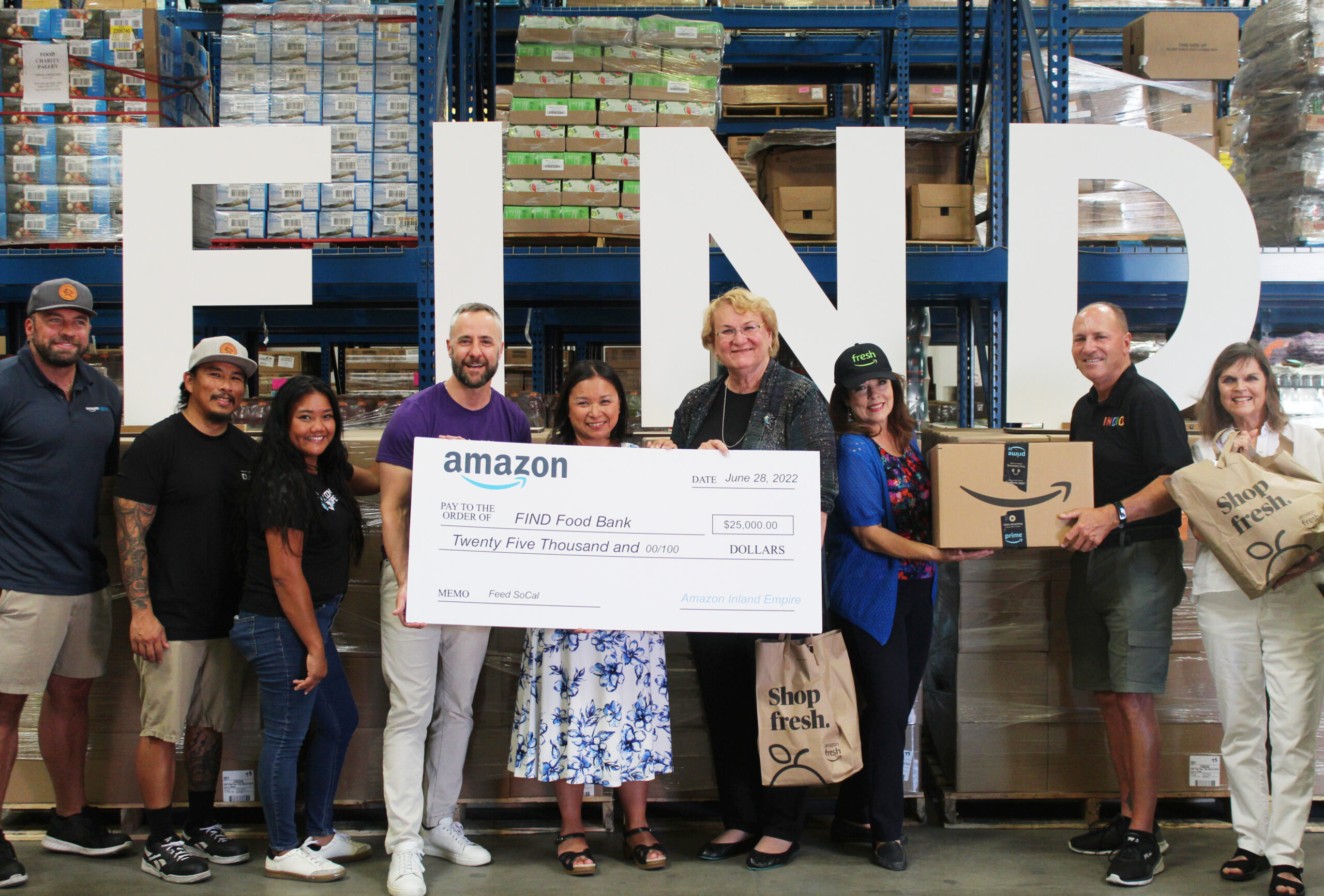 Амазонка just became an angel in my book. No, it’s not that they’ve delivered a special package to my doorstep in record time. It’s what they just did for — and with — the desert communities’ hunger fighter, the НАЙТИ Food Bank.

FIND President and CEO Дебби Эспиноза said: “FIND Food Bank is very grateful for Amazon’s support, both in food and in funds — and volunteers, too — in order to help us fight food insecurity in the Coachella Valley. Their corporate social responsibility for the communities they serve is an inspiration for all businesses. They exemplify what service to community truly means.